This year, the Fairmont Peace Hotel in Shanghai held the 9th edition of the Chinese Sommelier Competition.

This competition brings 10 very talented sommeliers from across China to compete for the title of Best Chinese Sommelier 2017. The 10 participants were carefully selected through regional finals. The winner will be awarded the distinguished prize of visiting the Roussillon vineyard in 2018.

Who will be the star of Chinese sommeliers in 2017 among these 10 candidates?

Jasper SUN, from Shangri-La Jingan in Shanghai, and King WANG, from The House of Roosevelt Bund 27, won second and third place respectively. However, this year Jasper Sung will have the privilege of visiting Roussillon vineyards. 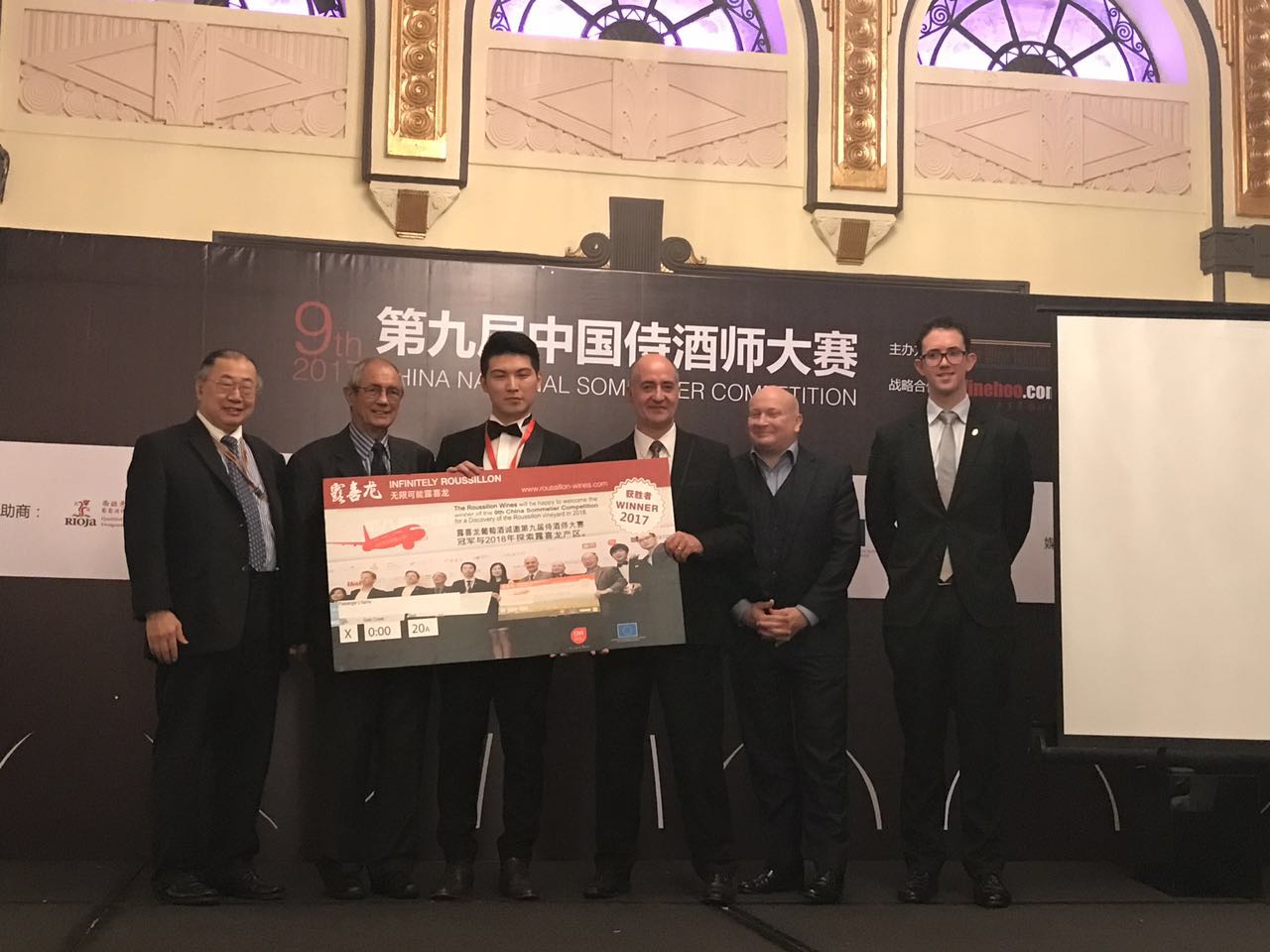 This edition’s second-place winner Jasper SUN will be going to Roussillon vineyards.

Second stop Ningxia, the future of wine in China, with the 6th Young Chinese Sommeliers competition by team.

This famous competition, initiated in 2011, identifies the future talents among young Chinese sommeliers. This competition rewards a team rather than individuals. This unique characteristic teaches young sommeliers about team spirit – an important trait for sommeliers to learn at a young age. This competition is organized by the Asia Wine Institute – the same organ that organizes the aforementioned main competition in Shanghai. 20 teams of 4 members (trained by a senior coach) were selected through 6 regional finals, which took place at the beginning of August in Beijing, Qingdao, Chengdu, Ningbo, Shanghai and Guangzhou.

The winning team of 2017, along with their manager, will also be invited to travel to the Roussillon vineyard, and we’re sure that they will come back home with the same enthusiasm and unforgettable experience as last years’ winners.

Lets look at this year’s 10 teams: 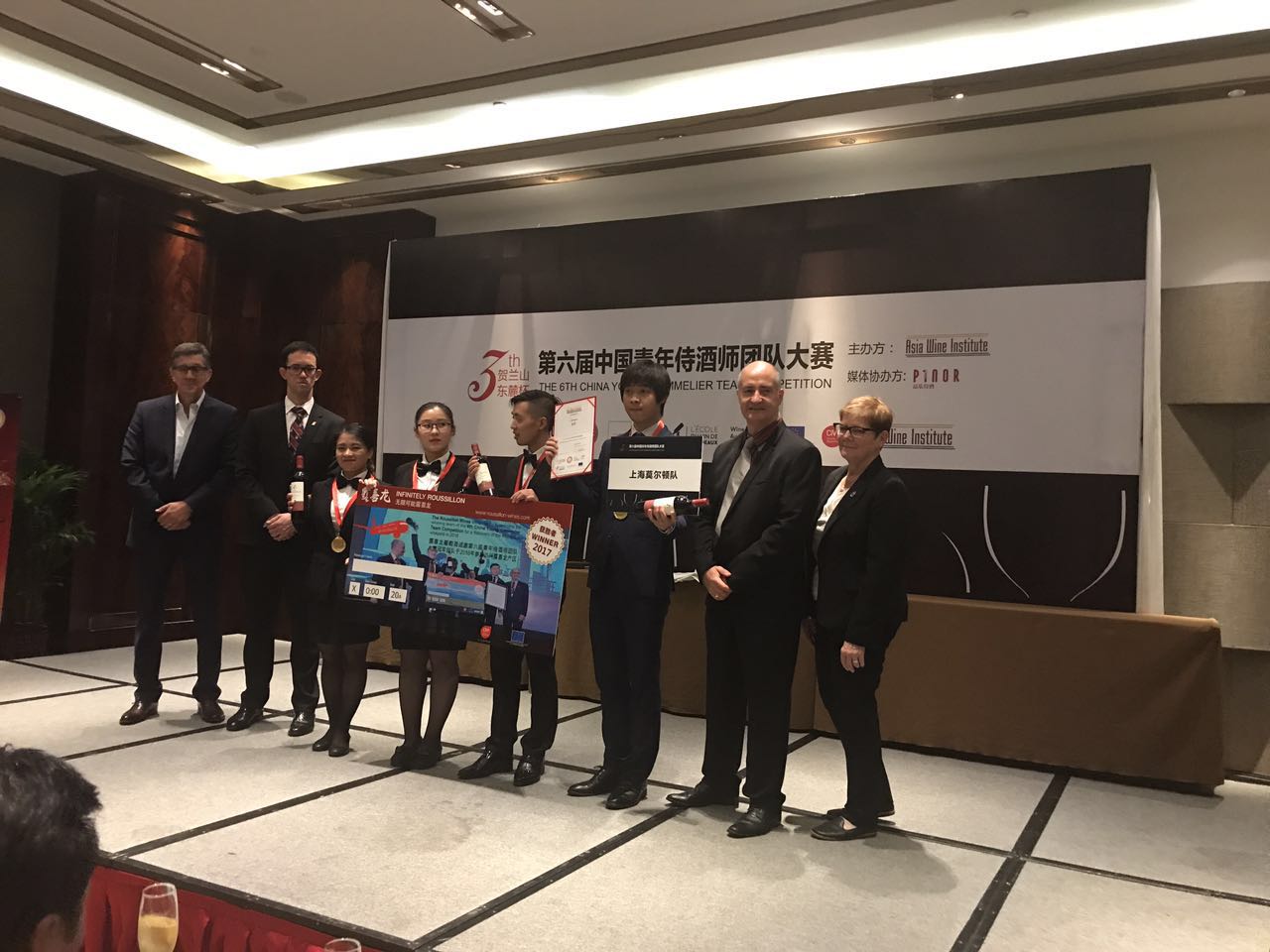 These 2 finals are an outcome of Roussillon wines’ unwavering and longstanding support for these 2 competitions, ranging from their preparations to candidate-selections.

Eric Aracil, Export Manager of Roussillon Wines Council, traveled to China to be the judge of these 2 finals for the 3rd consecutive year.