The 2017 edition of the Korean Sommelier Competition was once again organized in partnership with Roussillon wines.

This year Seoul saw three competitors from two different competitions win a trip to the Roussillon vineyards. The two competitions – the National Sommelier Competition of Korea and the Special Roussillon Prize Winner – were organized at the prestigious Daejeon Hotel on the second of September.

Hyuncheol CHO – The Kitchen Salvatore Cuomo – and Hyunrae LIM – JW Mariott Dongdaemoon – won first and second place respectively in the national competition. Heewang PARK – Grand Walkerhill Seoul – was awarded the Special Roussillon Prize. These three winners will deepen their knowledge and expertise by having the unique opportunity to visit the Roussillon vineyards.

These 2 finals are an outcome of Roussillon wines’ unwavering and longstanding support for these 2 competitions, ranging from their preparations to candidate-selections. 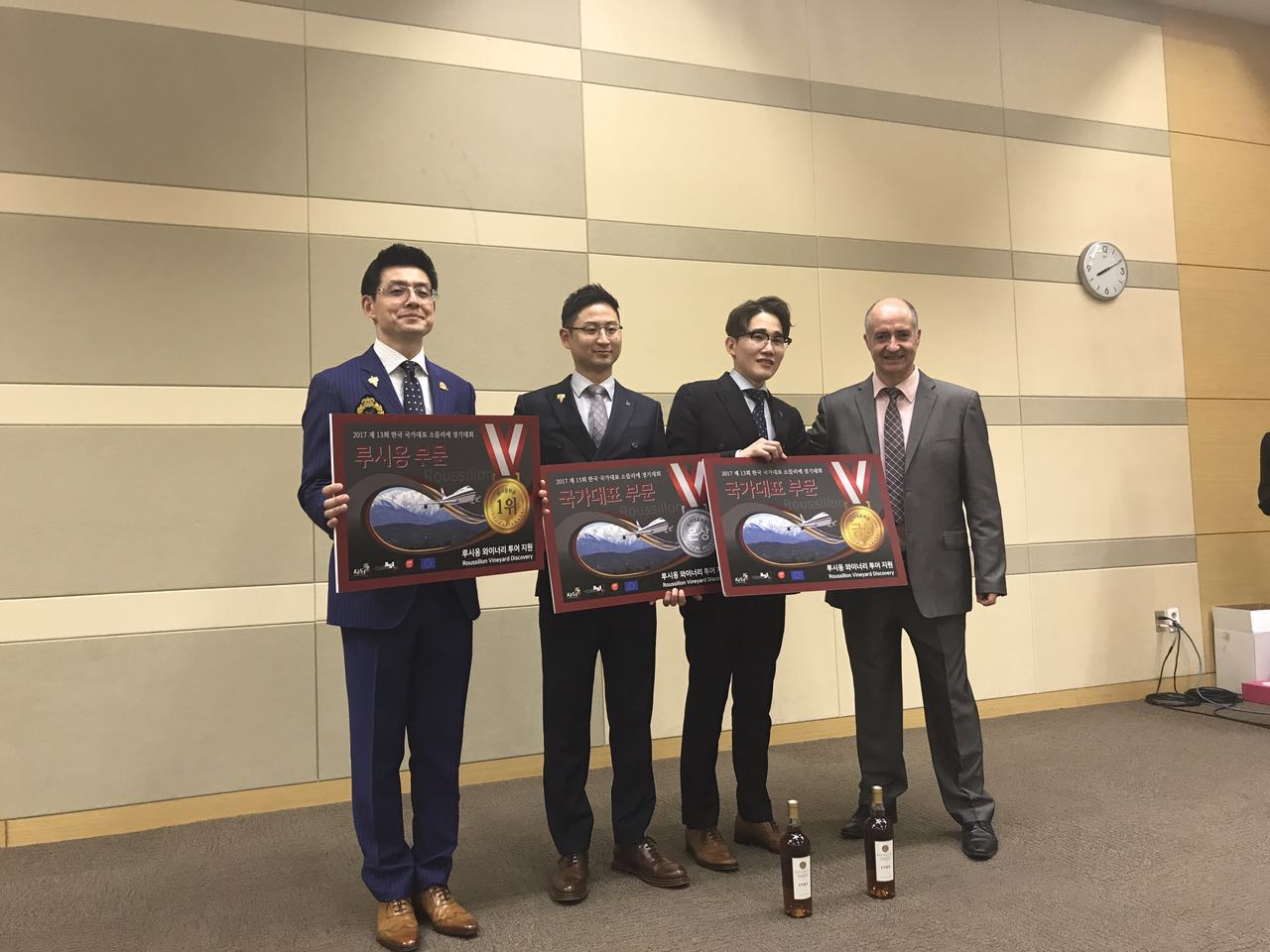 The three winners: on the left Heewang Park’s manager (the winner could not be present to receive his prize), in the center Hyunrae Lim and on the right Hyuncheol Cho, standing with Eric Aracil, judge of the competition and export manager of Roussillon wines.

Eric Aracil, Export Manager of Roussillon Wines Council, traveled to Korea to be the judge of these 2 prestigious finals. 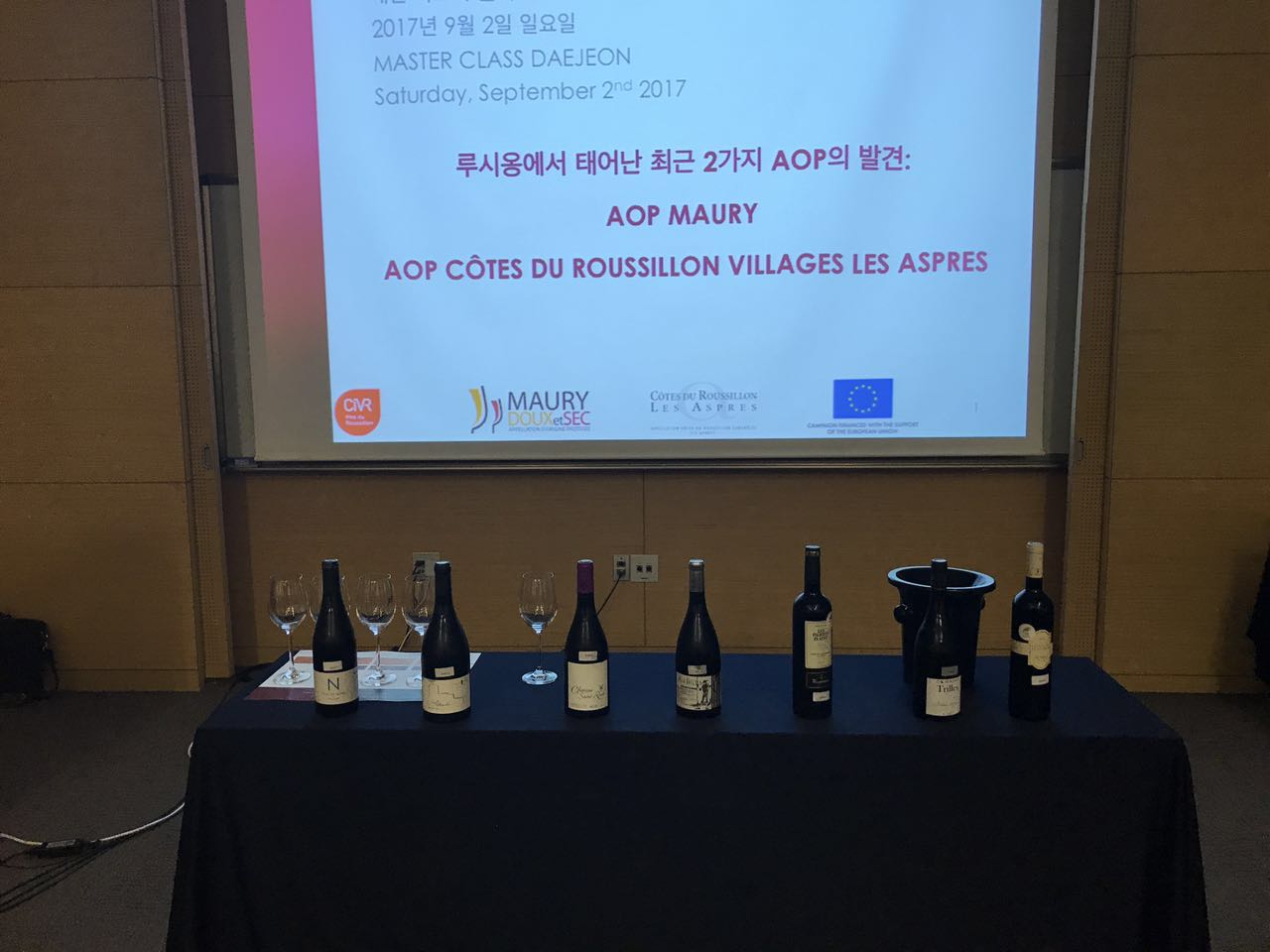